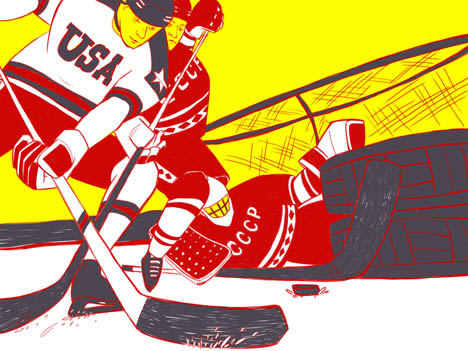 The Winter Olympics in 1980 were held in Lake Placid, New York, in early February. This was the second time that Lake Placid had hosted the Olympics, with the first time being in 1932. In 1980, hosting the Olympics wasn’t quite the financial boondoggle that it is today. In fact, several of the 1932 venues were still functional and were used again. Compare this to the images of abandoned Olympic venues in places like Rio de Janeiro and Athens, cities that mortgaged their futures to host the Olympics and received little in long-term returns.

On a side note, the Winter and Summer Olympics continued to be held in the same year until 1992. At that time the decision was made to offset the games so that one or the other would be held every two years, and thus there was also a Winter Olympics in Lillehammer, Norway in 1994. It was most famous for the Nancy Kerrigan and Tonya Harding incident and for David Letterman’s mother providing on-site commentary.

In 1980, all of the athletes that competed in the Olympics had to be amateurs. In the United States and most of the rest of the world, this meant that the Olympic participants were often young, collegiate athletes. The Soviet Union was an exception. While the athletes were technically amateur, they were older players who competed domestically and internationally against professional talent. They maintained this façade because the athletes were members of the military, although their only real job was to participate in sports…which seems to be the definition of professional to everyone else. 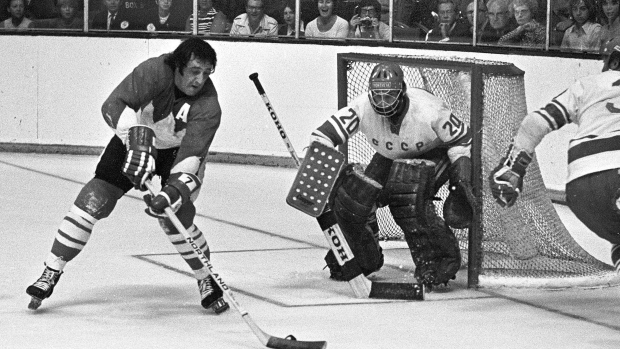 The Soviet ice hockey team had played against an all-star lineup of professional Canadian players in 1972 in an exhibition known as the “Summit Series”. In eight games, the Soviets won three, Canada won four and there was one tie. Interestingly, the Soviets won the four-game series hosted in Canada while the Canadians won the series hosted in the Soviet Union. Going into 1980, the Soviet Union had won five gold medals in ice hockey, including the previous four in a row. Only Canada had won more with six, but their most recent gold medal was in 1952.

The United States had won one gold medal in ice hockey in 1960. Those games were held in Squaw Valley, California, which did give the United States a home-ice advantage. The United States team was not ranked highly, with Canada, the Soviet Union, Czechoslovakia and Sweden being the four highest ranked teams. In what has since been referred to as the “Forgotten Miracle”, the United States team went undefeated in seven games to win the gold medal. The Soviets won the bronze and this caused them embarrassment as they were expected to do much better. They didn’t allow this to happen again, winning gold at the next four consecutive Winter Olympics. In 1980, however, history would repeat itself, with the location once again being home-ice in the United States.

Leading into the Olympics, the Soviets were very confident and ready to win their fifth consecutive gold in ice hockey. They wanted to beat the United States on their home-ice to get revenge for what happened at Squaw Valley in 1960. There was also animosity both ways going back eight years to the 1972 Summer Olympics, where the Soviet Union controversially beat the United States in basketball. The United States refused to collect their silver medals (to this day) and were labeled as “poor sports”. 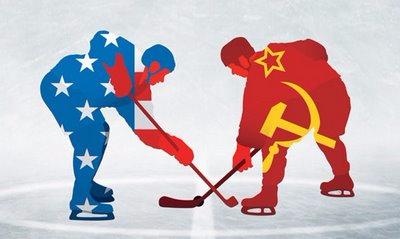 The Soviet team looked very good in all of their exhibition games, while the United States looked like what they were – a collection of college kids thrown together into a team. In fact, the Soviets beat the United States 10-3 in an exhibition game held at Madison Square Garden. Of course, everyone knows what eventually happened as it was made into two movies. Who can forget Karl Malden as Herb Brooks? Or Steve Guttenberg as Jim Craig? Everyone knows Al Michaels’ famous call “Do you believe in miracles?…YES!”. What you may not know is that the victory against the Soviets was not the gold-medal game. That came later against Finland, which they won in an exciting 4-3 match. That led to the United States gold, with the Soviets beating Sweden to get the silver.

The movies do a good job of trying to show the prevailing sentiment toward the Soviet Union at the time and of just how big a deal this was. For the Soviets, it was another major embarrassment like 1980 but again, they followed up with three more gold medals in a row. Their legendary coach Viktor Tikhonov stayed on as coach of the national team until the end of the Soviet Union and into the early days of the Unified Team. The great goalie Vladislav Tretiak, often referred to as perhaps the greatest ice hockey goalie of all time, did manage to go out on top by winning another gold before his retirement. He was enshrined into the Hockey Hall of Fame in 1989. Of course, professional athletes were eventually allowed in Olympic competition and NHL players began competing in 1998.

The United States did end up boycotting the 1980 Moscow games. In return, the Soviet Union and 14 of their allies boycotted the 1984 Los Angeles Summer Olympics. The United States was also way ahead in the “Space Race”, introducing the reusable Space Shuttle in 1981. The Soviet Union suffered its most embarrassing and debilitating blow in 1986 with the incident at Chernobyl. The ‘80s were not a good decade for the Soviet Union.

In today’s NHL, there are a lot of Russian players and many are among the best in the league. Imagine what the NHL could’ve been if Soviet players had been allowed to move to the NHL in the ‘60s, ‘70s and ‘80s. After Chernobyl, the Soviet Union was undergoing a lot of changes, with a political reform movement known as “Perestroika” being staged by Soviet leader Mikhail Gorbachev. The meaning of the word is “reformation”. The Soviet government was being more tolerant of dissention and was trying to be more transparent. In the midst of this, two of their best young hockey players defected. This is akin to a kidnapped person escaping from their captors. Since Soviet citizens did not have international freedom of movement, if they wanted to defect they would have to wait until they were overseas and then basically “escape”. This wasn’t an easy decision since every player was monitored by security, and once defected a player wouldn’t be able to see or support their family any longer. It was not a decision to take lightly since the future of the Soviet Union was not known.

Before any Soviets defected, Vaclav Nedomansky defected from Czechoslovakia to Toronto in 1974. He did this via Switzerland following the 1974 World Championships in Finland. He had a productive professional career in the WHA and NHL, and will be inducted into the Hall of Fame this year for his act of defection and the impact it had on the game. In 1980, Peter Stastny of Czechoslovakia defected with his brother Anton to play for the Quebec Nordiques in the NHL. Their brother Marian joined them a year later.

The first Soviet to defect was Alexander Mogilny in 1989. He had been drafted by the Buffalo Sabres in 1988, as Soviet players often were since nobody knew if they’d ever be able to play in the NHL. It was a chance teams took. 20-year-old Mogilny went to Sweden in 1989 with the Soviet team to compete in the World Championships. After winning gold in the event, Mogilny escaped from the team and boarded a plane to Buffalo, likely with the help and knowledge of the Sabres. He wore #89 for his entire career in recognition of his defection and went on to have a long career in the NHL, eventually being reunited with former teammates and being able to return home after the eventual collapse of the Soviet Union in late 1991.

Sergei Federov was perhaps the most famous player to defect. In 1989, the Detroit Red Wings had drafted him in the fourth round. His talent was of course better than that, but considering that the Red Wings didn’t even know if he’d ever play for them this was quite a gamble. In 1990, he flew to Seattle, Washington to participate in the 1990 Goodwill Games. Before the event ever started, while in Portland, Oregon on an exhibition trip, Federov was the last off the bus at a team dinner. He was quickly shuttled by someone waiting into a limo which took him straight to a plane bound for Detroit. He ended up playing in the NHL for almost 20 years, and was able to return to play in Russia at the end of his professional career.

After what happened with Mogilny and Federov, national team coach Viktor Tikhonov actually cut many future superstars such as Pavel Bure, Evgeny Davydov, Vladimir Konstantinov and Valeri Zelepukin from the 1991 Canada Cup roster due to fear of defection, as all had been highly drafted as the prospect of a Soviet defection was now higher due to the recent developments with Mogilny and Federov.

The fall of the Soviet Union and the rest of the Eastern Bloc (such as Czechoslovakia) was probably the biggest single thing that has affected the NHL in history. This had an even bigger impact that the WHA merger. The influx of talent really boosted the aggregate skill and made the game even better for the fans. Consider the Red Wings of the ‘90s, with their famed “Russian Five” (Sergei Federov, Slava Fetisov, Slava Kozlov, Igor Larionov and Vladimir Konstantinov) that all played together in the Soviet Union for both CSKA Moscow and the national team. In short order they helped the Red Wings begin a Stanley Cup run that started in 1997. Sadly, following that 1997 Stanley Cup victory, Vladimir Konstantinov was involved in a limo accident which left him paralyzed and ended his career. The Red Wings did win again in 1998 with the remaining four and again in 2002 with Federov, Larionov and a young Russian named Pavel Datsyuk.

Of course, the impact of that victory by the United States in 1980 went far beyond ice hockey. If you didn’t live through the Cold War it is hard to describe exactly how thick the tension really was. Watching a movie such as “War Games”, “Gotcha!” or the HBO series “Chernobyl” can help to paint a better picture. Also, for a perspective from the Soviet side, try to find the movie “Red Army”. It reminds us not to take basic freedoms for granted!