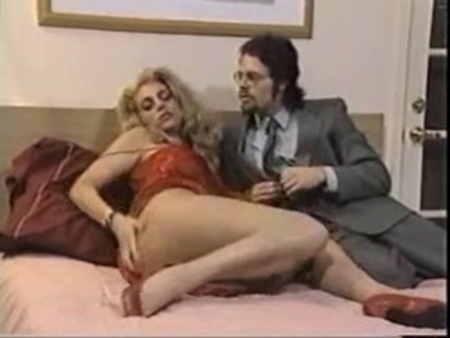 If you saw him at the rink, you wouldn’t know that Farrell Timlake has one of the more interesting backstories that you’ll ever come across. He plays in the Greater Seattle Hockey League (GSHL), presently for the Pussycats, but has done time with the Monarchs and Greasy Weasels as well. His is a typical hockey dad that also plays beer league hockey himself, a relatable condition that means he basically lives at the rink when he is not busy doing his day job. Nowadays, Farrell has a more traditional job but when he was younger, he was better known by his screen name of Tim Lake. In the adult entertainment field he was not only known for his on-camera roles, but also for his ownership of Homegrown Video, having revived it from near bankruptcy with his purchase in 1992. His career resulted in his induction to the Adult Video News (AVN) Hall of Fame in 2009 and he subsequently sold his interest in Homegrown Video, which is still thriving today. He also a member of the Beer League Players Association

Q: Hi Farrell, thank you for sitting down with us today. So tell us, how did you first get into hockey?

A: I first played hockey on a pond growing up in Ridgefield, Connecticut. I later played on intramural teams in grade school.

Q: How old were you when you first started playing?

A: My mom first got my brother and I figure skates when we were 7 and 8 which was a total bummer, but we must have been serious brats about it because we got hockey skates soon after.

Q: If you didn’t play hockey in high school, how did you spend your free time?

I also did competitive swimming when Lycra (Spandex) suits became popular but I had to give it up around high school because I had trouble trying not to appear aroused swimming in practices with the girls on the team. Luckily about this time I discovered The Grateful Dead so I had a good reason to see the best parking lots this great country has to offer.

Q: About your career, how did it get started?

A: I used to follow the Grateful Dead and my wife saw these amateur videos that advertised sending in your own for 20 bucks per minute. The light bulb went off about a way to finance the Dead tour and the rest is history.

Q: How did you end up acquiring Homegrown Video?

A: After sending in our videos, we found out that the company was about to be in bankruptcy. So, seeing the opportunity, I borrowed the money from my mother and took it over in late 1992.

Q: How did your mother feel about this career choice?

Q: Were you playing beer league hockey while you were performing in movies?

A: I didn’t return to hockey until my son started playing in SJHA when he was 9 years old. We played together and I went to his practices and then found out about the GSHL beer league and joined my first team, the Monarchs.

Q: How did you end up in Seattle?

A: My wife decided that she didn’t want to raise the children in SoCal, so we moved up when the kids were 1 and 3.

Q: But why was Seattle the choice destination?

A: According to my wife, she didn’t want our kids to grow up “Disney-fied” and she wanted to be around more trees.

Q: How long have you been playing in the Seattle beer league so far?

Q: Did your kids stick with hockey? Do you still play with them?

A: My son comes out sometimes to play in a scrimmage I run and I want him to play on the P-Cats because he is an awesome offensive d-man but he works a lot. Someday though!

Q: What is the best part of playing beer league hockey for you?

A: I love the group of folks that play. Most of my best friends play and I just really enjoy the culture around it. The exercise is fun. The competition stimulating. The refs keep me on my edges. What’s not to like?

Q: What do you do for a living nowadays?

A: After selling my interest in Homegrown Video I just work independently for a marketing and public relations firm for small-to-medium sized businesses, from haunts to cannabis to masons to realtors and more. We do social media, sites, press, etc.

Q: What awards or championships in either your working or hockey career are you most proud of?

A: While I am proud of being in the porn hall of fame and winning a bunch of awards there, I am super proud of our first season as the “Pussycats”. We won the championship that season and I promised the team if we won that I would do the scene from Slapshot… I stripped down to my jock pants and skated the ice for a couple turns. Ended up collecting a game misconduct… In parenthesis the ref wrote “lewd behavior”. Seemed too perfect when you get right down to it even though I had to sit the first couple games of the next season. The Pussycats won a couple more championships, moving up divisions every time and eventually won one in our best achieved level of Division 3B. I don’t keep my adult trophies out, but I certainly think beer tastes better out of our championship mugs.

Q: What is your favorite NHL team?

A: I am a Penguins fan since my youth when I picked them just to not be a Bruins fan like everyone else I knew at the time.

Q: Will you ditch the Penguins for the still-unnamed Seattle NHL team?

A: I will still be a Penguins fan even with a Seattle team coming. I know I will like the new team in Seattle of course. And the fact that I already embraced a team with a name as goofy as Penguins means that I will be ok with the potential names like Steelheads, Totems, etc. Although I would just like to put my vote in right now for Beavers…

A: I definitely enjoy watching football (Seahawks, go figure) but hockey is my favorite sport to watch by far.

Q: Super important question: Shin pads over or under the tongue?

A: I am pretty sloppy and fast about how I suit up. I only really tape up in playoffs and so usually my shins are under the tongue. I leave the top few rungs of my laces open and pray that a puck never finds that chink in the armor.

Q: If you ever read my blog on uniform numbers, you’ll know I’m curious: what number do you wear?