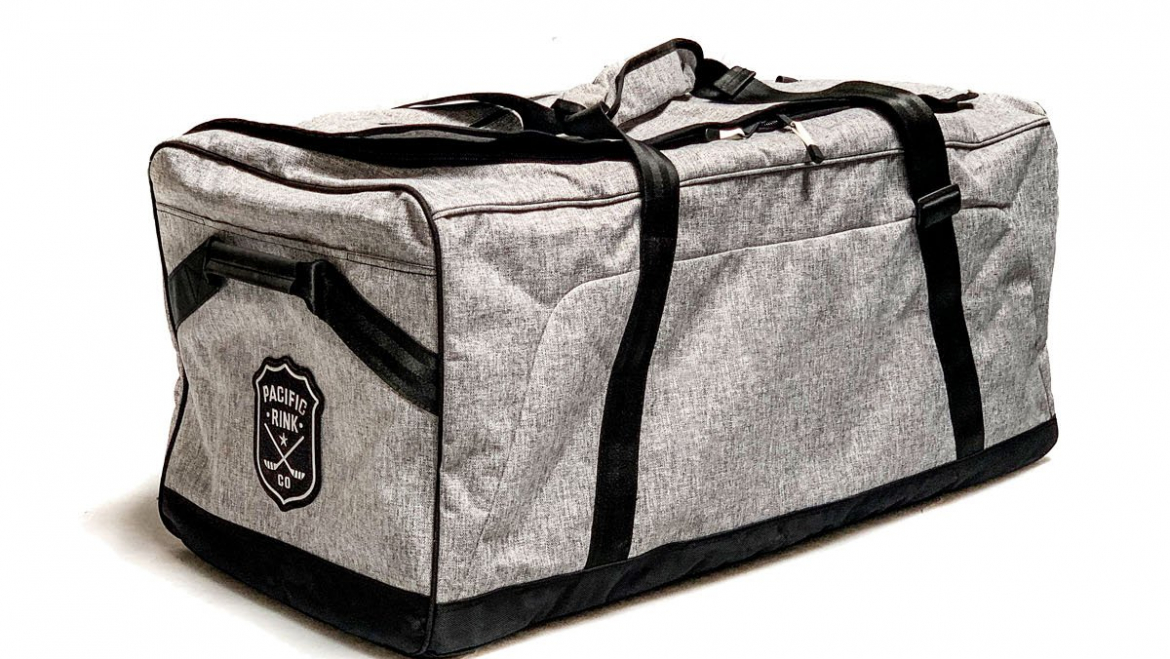 Ok girls (and boys) time for a review. Is the Pacific Rink Bag the ultimate BLPA beer league hockey bag?

This edition we are reviewing the Pacific Hockey Ultimate Hockey bag 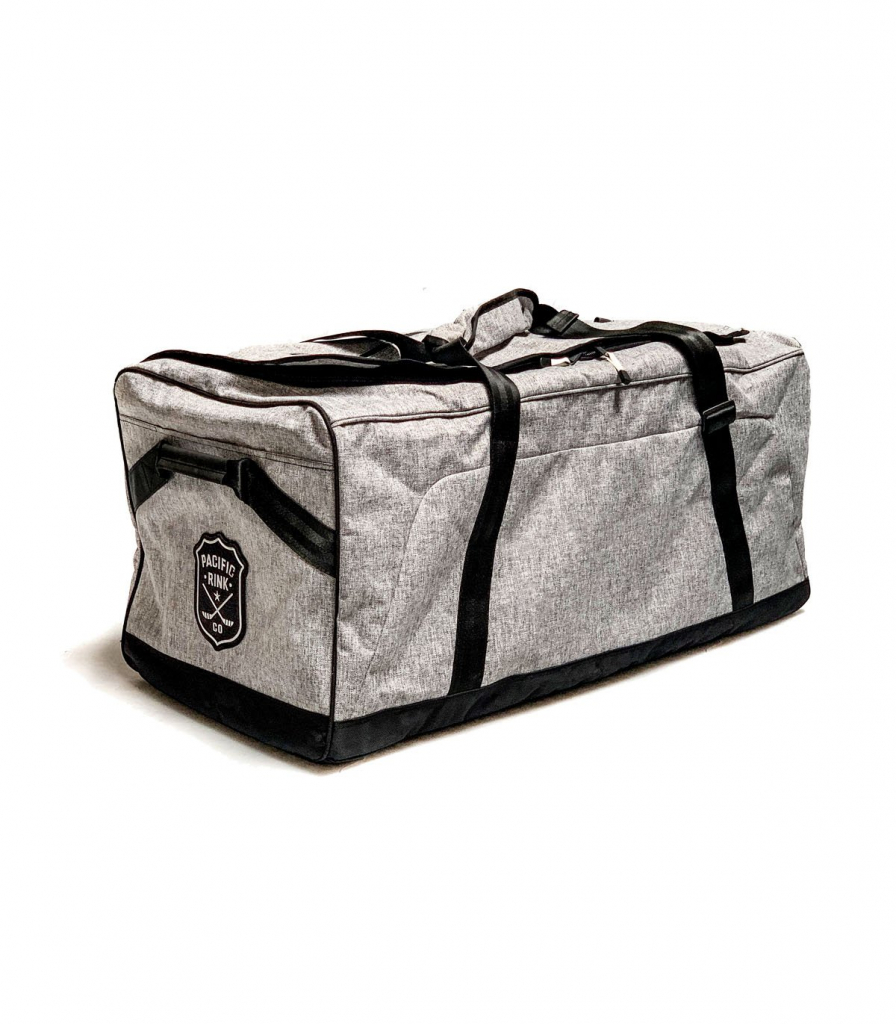 Let me start by saying this is not a paid post, Pacific Hockey did not send me this bag for free (but if they wanna send me some freebies they know where to find us). Beer League Players Association  (BLPA)

So. It’s a hockey bag, eh? What’s so special about that? You throw gear in, you pull gear out, and that’s that. Well, not so much with this bag.

One of the first thing you’ll notice about the Pacific Rink bag is it’s…well, organized. Or it at least it gives you the ability to be more organized with your gear. Enclosed in this bag you will find: 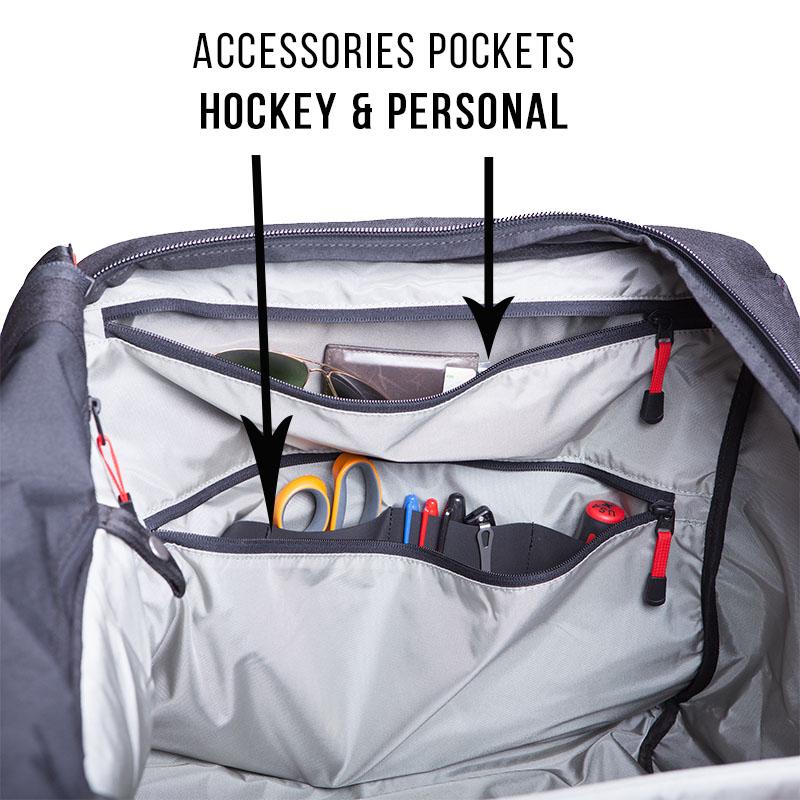 Everything listed here is SUPER functional, with the exception of the center divider. At least for me, my pants were too big to fit into a divided section when it was in place. Fortunately it’s super easy to put down and once it’s out-of-the-way it’s barely noticeable and you can lay everything inside accordingly. Which is a benefit when you’re hauling your gear in and out of dressing rooms at a Beer League Players Association (BLPA) Tournament

The next thing you’ll notice about the Pacific Rink bag is the amount of internal space it has. Maybe it’s because every thing has a place where it belongs, it feels like there’s a lot more room for all your gear, despite the bag being smaller on the exterior than my old bag. The website claims the bags dimensions are 35″ L x 18″ W x 17.60″ H. So whatever that means :shrug emoji: 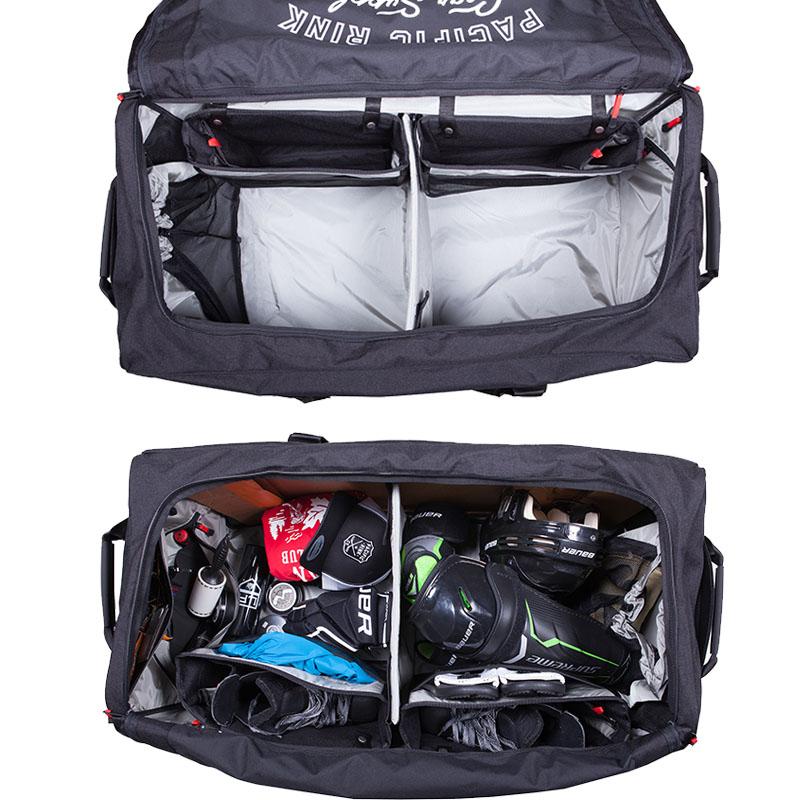 Next is the construction. The Pacific Rink bag feels durable. Made with “1000D Cordura/Kodra Nylon with a strong ballistic nylon reinforced bottom” the bag would appear built to last. Though I’ve only had it for a couple months, I’ve already brought in on two fights to multi-day tourneys, and the bag looks and functions as good as it did on day one.

Another unique feature of this bag is that it has hidden, but easily deployable straps to make the bag into a backpack for when carrying over long distances. This is great when you’re traveling the world playing hockey like Nick  with the Beer League Players Association (BLPA) 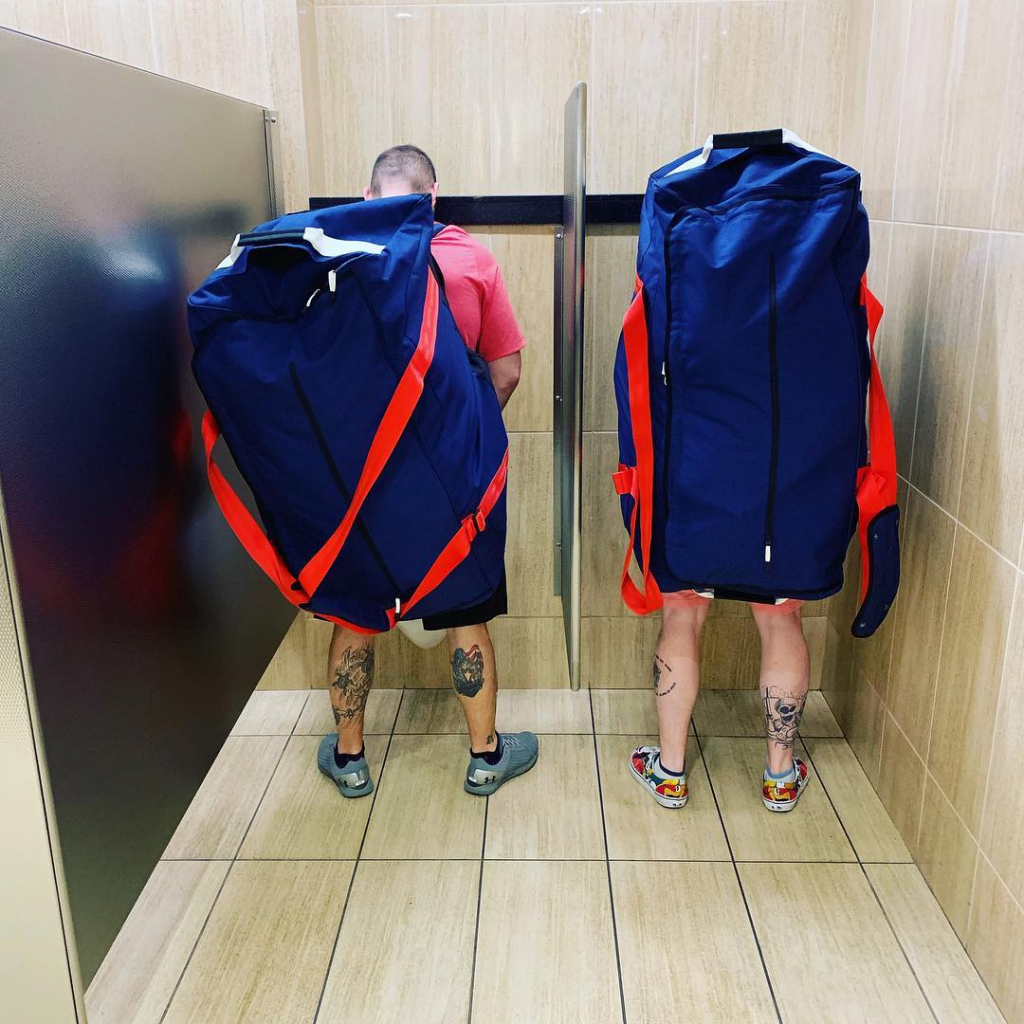 So all this good…

Is there any bad?

Yea, a little. The Pacific Rink bag’s durable construction also makes it a bit on the heavy side. It’s not extreme, but it’s noticeable. What exacerbates the issue is the traditional straps are a bit short, and a bit thin, so carrying a full bag normally can be a bit uncomfortable.

The only other issue is that the bag is so clean and nice looking, you’re always answering people’s questions about it and where you got it from. That can get annoying quick.

Overall? The bag is incredible. It holds your stuff, it keeps it safe and protected, it looks nice and overall appears like it’s going to hold up well. It’s pricey, but in my opinion, worth it.