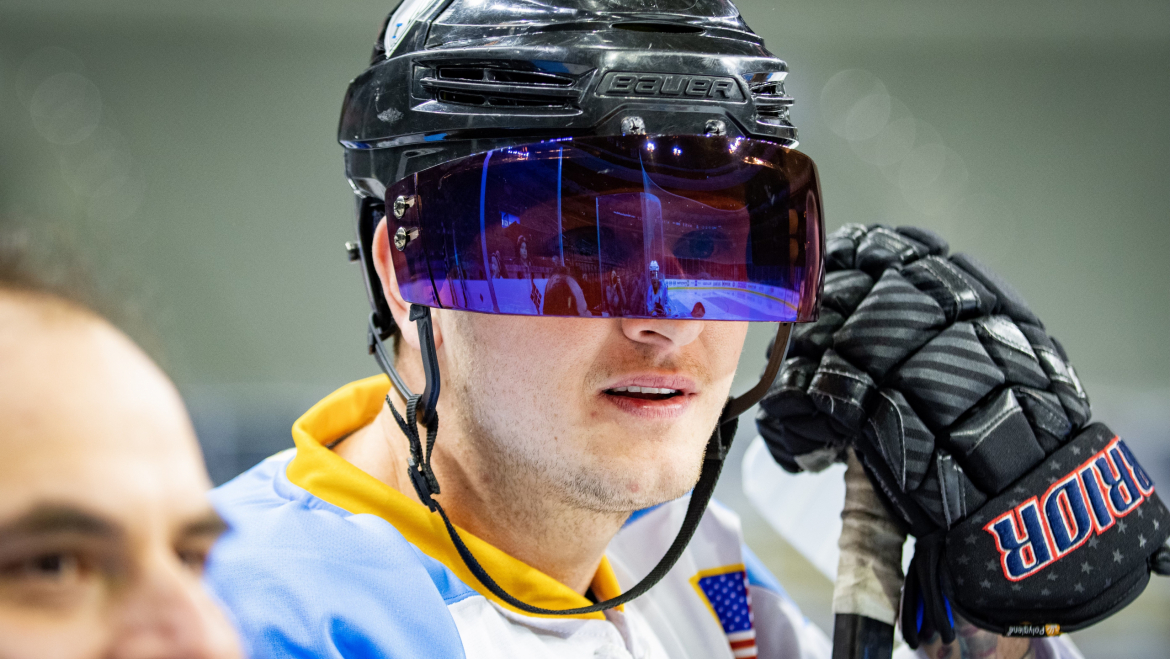 When you play in the same league for long enough, you start to develop rivalries and bad blood with certain players or teams. It’s a natural reaction to the competitive familiarity experienced over a long enough period of time. Thats when the art of  the beer league hockey chirp develops.

For me – #44 on the [REDACTED] is my guy. First off, he’s an A league player playing in a B league. Weak move, but whatever. Second, he’s like 6’3 and has wheels (I’m jealous). Third, he’s a puck hog. He’s a selfish player who tries to Bobby Orr it up the ice every time, and never, under even the most EXTREME of circumstances passes the puck. Fourth – he’ll wind up for full clappers in between the fucking faceoff dots against our goalie who straight up wears kitten t-shirts. KITTENS. Ok douche-bag we get it. You got a big shot. It doesn’t make up for your tiny dangles. Fifth. Finally. AND MOST FUCKING EGREGIOUS….

HE WEARS A TINTED. FUCKING. VISOR. The boys and I were beating his team last night 5-4 with about a minute left. Your hero (me) is playing solid D with a gino and an apple, and wanting to close this game out with a W. Their tendy was out of the net.

I had rotated on to #44 who was up on the point when a pass came to him that he fumbled a bit. Seeing my chance I jump up on him and poke the puck off his stick and out of the zone. At this point it’s a race to the puck and a chance to close out the game with an ENG. Summoning all the hate in my heart I beat him to the puck, extend the arm to hold him off while protecting, and finish the play and his hopes of being a winner on this evening. Goal baby. Red Lamp Lit.

Like the pigeon that he is, he tried to chirp at me with a “you’re a real hero tonight, buddy.”

And then I hit him with it.

“Hey Elliott, or should I say Elllllllllliott.  I’d added in all the L’s you took tonight”

But do you think you can do better? Maybe we should set up a potential BLPA Chirp Competition. Step up to the plate with your best, and you could be crowned KingChirpy (that’s a working title, subject to change). Tweet us our submission/story  – @THEBLPA