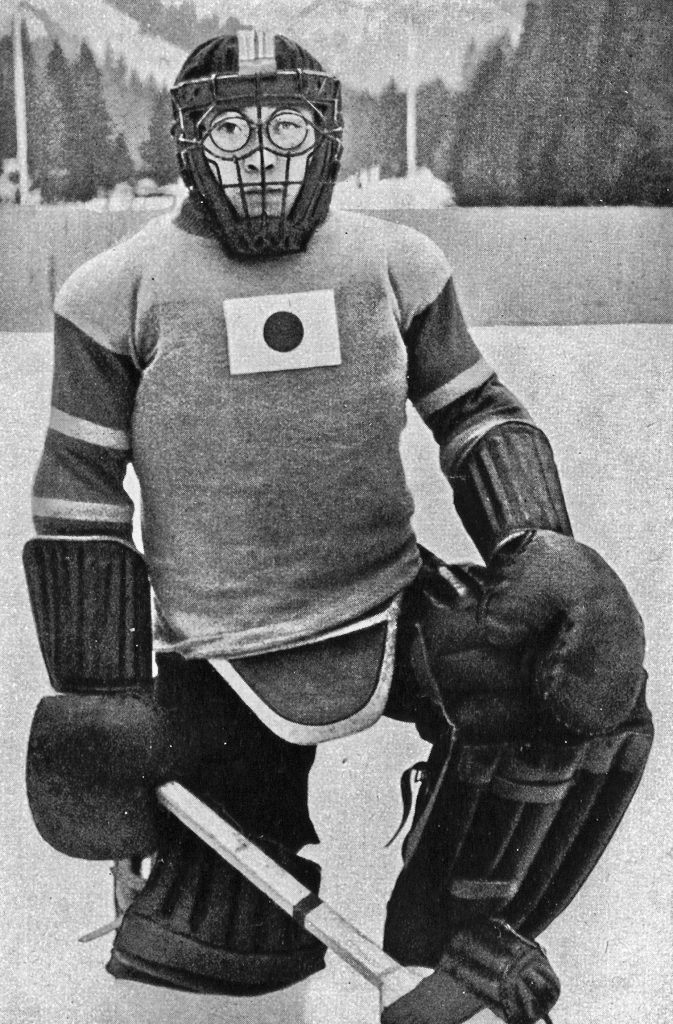 If you ask history nerds like me, who was the first goaltender to wear a mask, they will quickly descend down the rabbit hole of Jake the Snake Plante and his “f*** you coach, I’m not breaking my nose again.”

After a lengthy explanation of how all that happened, they will point out that George Hainesworth wore a leather goalie mask in practice…. And if they’re cool like me, they’ll point out that the first case of a substantiated claim to a goalie wearing a mask was actually a woman. She wore a fencing mask to and I quote “save her teeth.”

Lady has bigger balls than I do that’s for sure.

If you really want to throw a history nerd off their game ask them who the first goalie to wear a bird cage was. I mean even person with a passing knowledge of hockey understands that, historically goalies wore the flat fiberglass molds (I really hate calling it a Jason goalie mask.. like what the hell does Bernie Parent have to do with a supernatural serial killer?)

As their eyes roll back in their heads they’ll probably land on the person who really made the goalie mask in Vogue…. Which would be Tretiak during the 72 summit series.

I could write a whole blog on how the appearance of this space alien from a foreign land and his flimsy plastic helmet with his weird metal cage as a goalie mask forever altered the game…. But he’s not the first person to wear a wire mask in play.

Some 50 years earlier a goalie by the name of Teiji Honma, a Japan hockey goaltender,  donned a strange wire face mask while playing f in the 1936 Olympics. The oral history of the Japan Hockey is that he had the face cage made because he wore glasses and he didn’t want them to break…. You know like his face?

Regardless the picture is this strange mix of engineering beauty and a stark ghastly reminder of how dangerous it was to play hockey in the early part of the 20th century. Just look at that equipment…. Ignoring the goalie mask altogether… My dude has got on like comically large leg pads which extend super above the knee…. Let’s say he’s an average size Japanese man in the early 20th century so he’s like 5’6… He’s got to be wearing 37-in pads. But remember this is the 1936 Olympics.

If you look at the picture from the banner ad you’ll see the reason why, he’s not exactly wearing hockey pants. The pads curve around his knee and form the mother of all thigh guards. 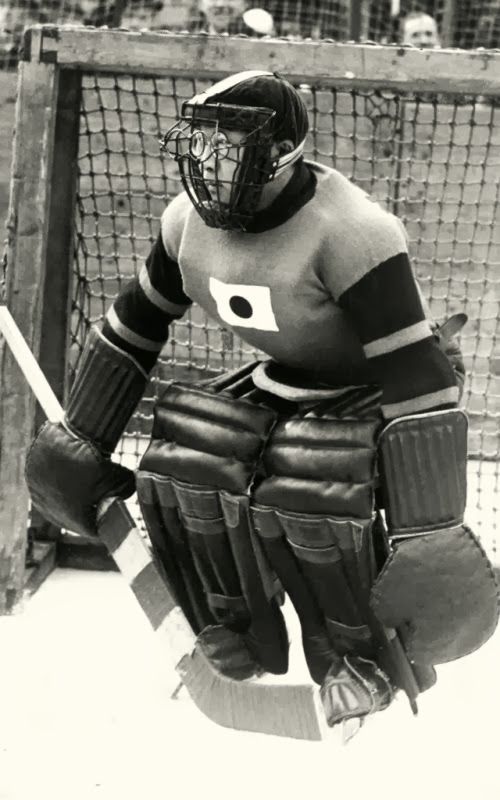 Check out the glove and blocker…. You know that Bender on your team who “could have played division 1 college hockey but wanted to party too much” how would you like to stop his shot wearing that?

The 1936 Olympics were interesting in and of itself…. The Nazis were telling anyone who would listen that they’re ideological pursuit of the perfect man was going to destroy everyone…. I guess blonde hair blue-eyed guys don’t translate to instant ice hockey success as the Germans didn’t do very well.

Believe it or not Great Britain won the gold that year, although there was a lot of protest from pretty much everyone as all their players were from Canada or the United States.,…..”cheating at the Olympics, since the damn thing began.”

As for our be-speckled Japanese goaltender, he gave it a go… But like a lot of us beer league goalies our team just sucked in front of us. He didn’t win a single game  for Japan hockey in the tournament , even with that goalie mask, allowing two goals and three goals before being eliminated from play. 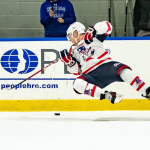 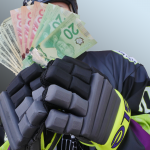 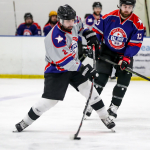