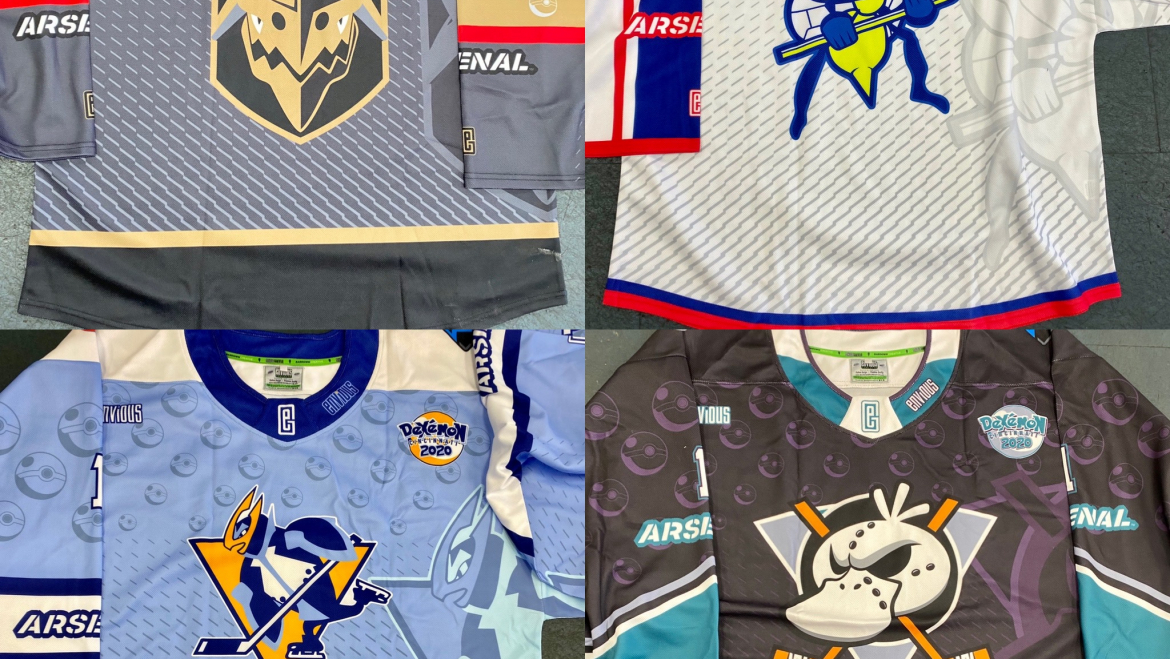 Hockey is the best sport in the world. THE BEST. SERIOUSLY. One of my favorite things about hockey is hockey jerseys. Hockey jerseys are a symbolic way to show the world who you support, who you play for, or just how fucking cool you are. I love when hockey jerseys and pop culture come together to create awesome, unique, crazy, unbelievably cool jersey designs.

Usually when hockey and pop culture collide the awesomeness that is born usually creates new hockey fans. I feel that’s what I’m about to do. If you’re non-hockey friends aren’t now hockey friends after seeing this then it’s time to cut ’em loose. I am about to show you the best non-hockey hockey jerseys ever created. You will be in awe and probably want to buy them but alas… you can’t. You can only admire from afar.

A full house inspired hockey jersey? Full – Fuckin – House? Of course, it had to be the coolest dude from Full House on the front Uncle Jesse. This team is called The Rippers, they hail from Philadelphia and used this jersey design to “rip” through the Beer League Jersey Challenge in 2016. These are simply marvelous. So marvelous that using a “Have Mercy” or “Cut It Out” reference wouldn’t do it justice. Hey Rippers …. if every blog we wrote would make you score more goals, we’d write forever….. F-O-R-E-V-E-R!!! 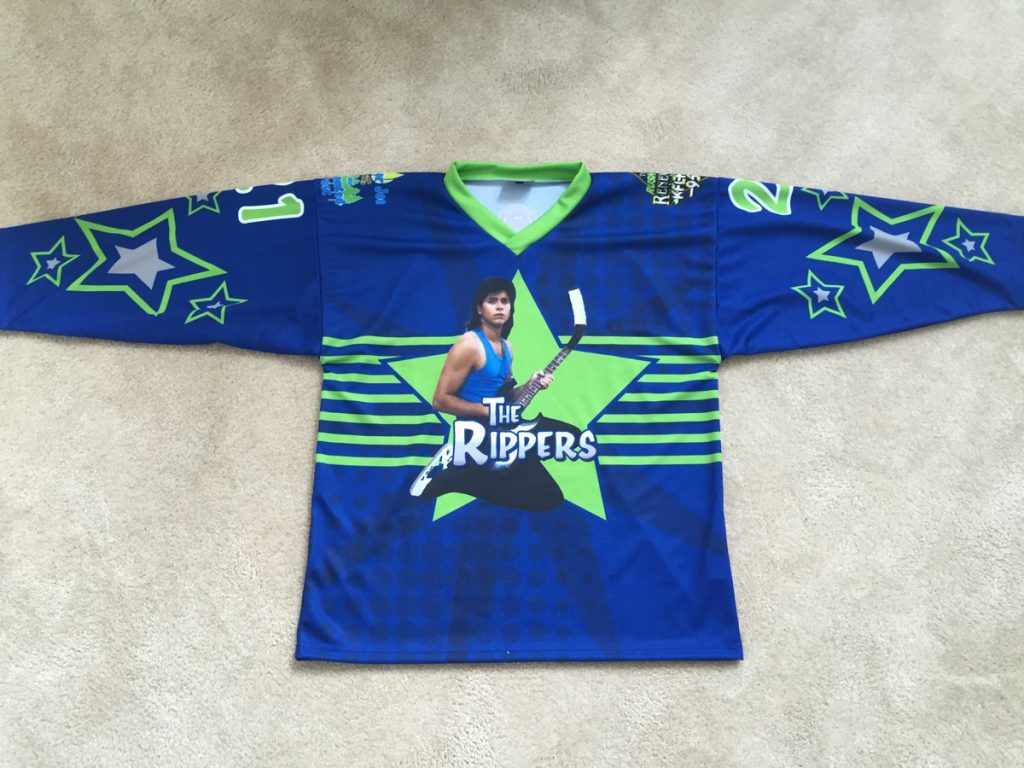 Here are a few from pro/semi pro teams. Super hero jerseys are a pretty popular choice for charity. Everyone loves super heroes so these jerseys go for a pretty penny when they auction them off to raise charity money. These batman inspired jerseys from the Tulsa Oilers are FIRE! 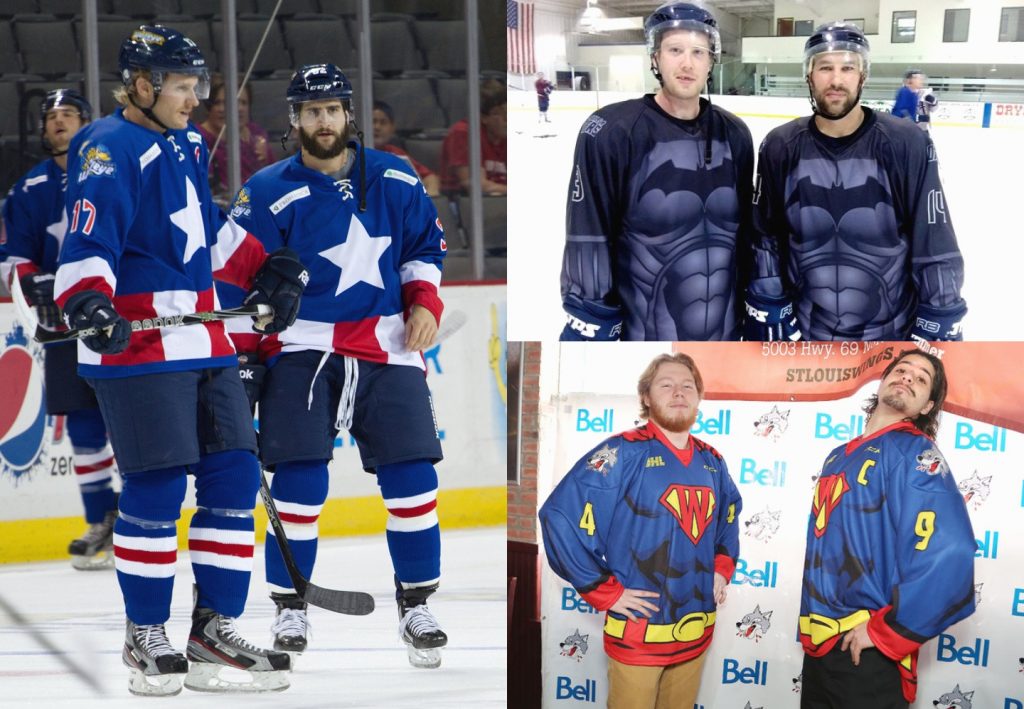 HOCKEY JERSEYS FIT FOR A KING

The next jersey is a jersey fit for a king. Not just any king mind you but THE KING! Mississippi River Kings seem to always get the fans all shook up when they bust out their Elvis charity jerseys. I’m not gonna lie.. I have tried to buy an Elvis jersey in auctions before. I could never bring myself to spend (at least) 500 bones on one, even if I’ve been an Elvis fan my whole life. There are better things to spend $500 on. I mean that’s a lot of beer eh? ( If you have one of these Elvis charity jerseys and want to make someone’s life….. message me) 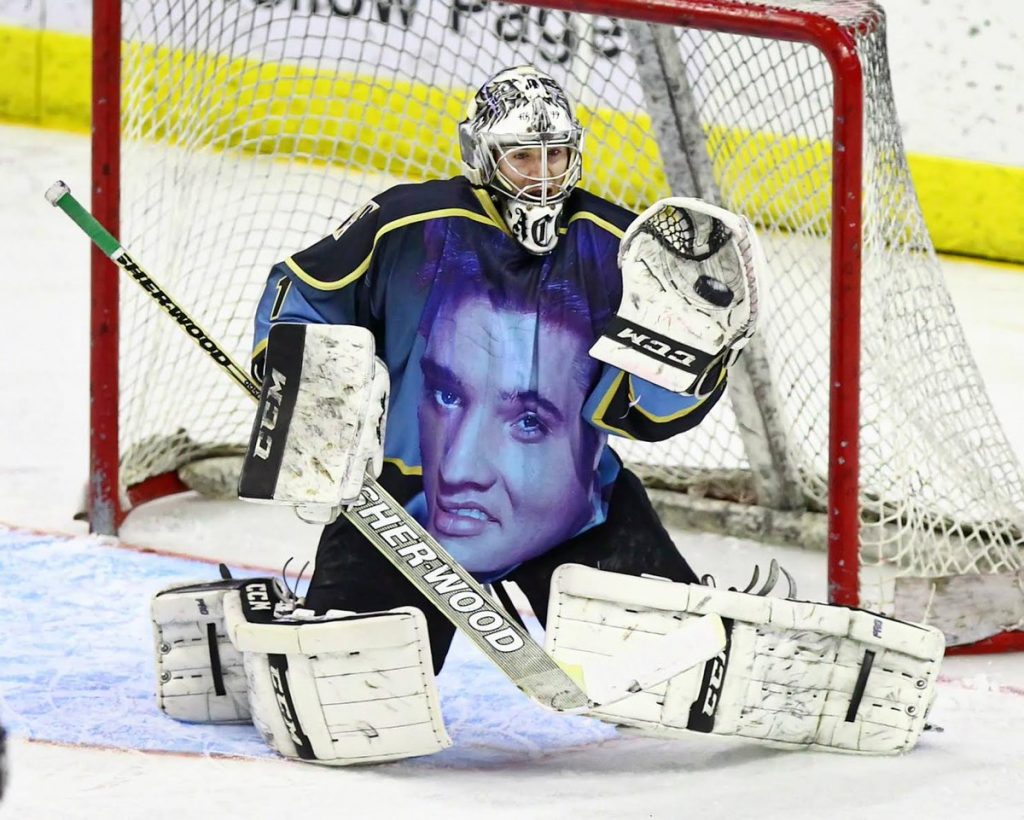 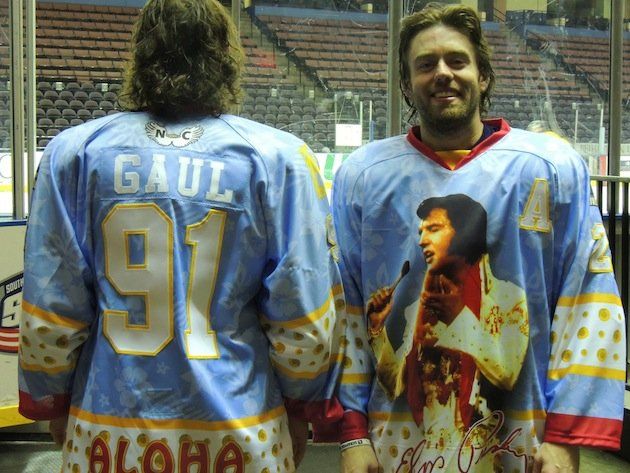 See all of those jerseys were cool, right? I told you it’s incredible when pop culture and hockey collide.

Want some sweet ass jerseys of your own? There are these beer league tournaments… really really awesome tournaments all over North America (and eventually the world). The tournaments are more concerned with your coolness & drinking stories rather than your actual hockey skill. Literally…  the #1 rule is don’t be a dick. You don’t sign up with a team you sign up as an individual. You make teams by beer chugging contests and then play 5 games over 2 days. There’s a theme for every tournament and you get these kick ass jersey/sock combos. Want to check out these tournaments? Do it Here. Here are a few we’ve made for our Draft Experience Co-Ed Adult Hockey Tournaments. Any one like Pokemon?

HOCKEY JERSEY YOU JUST GOTTA CATCH THEM ALL 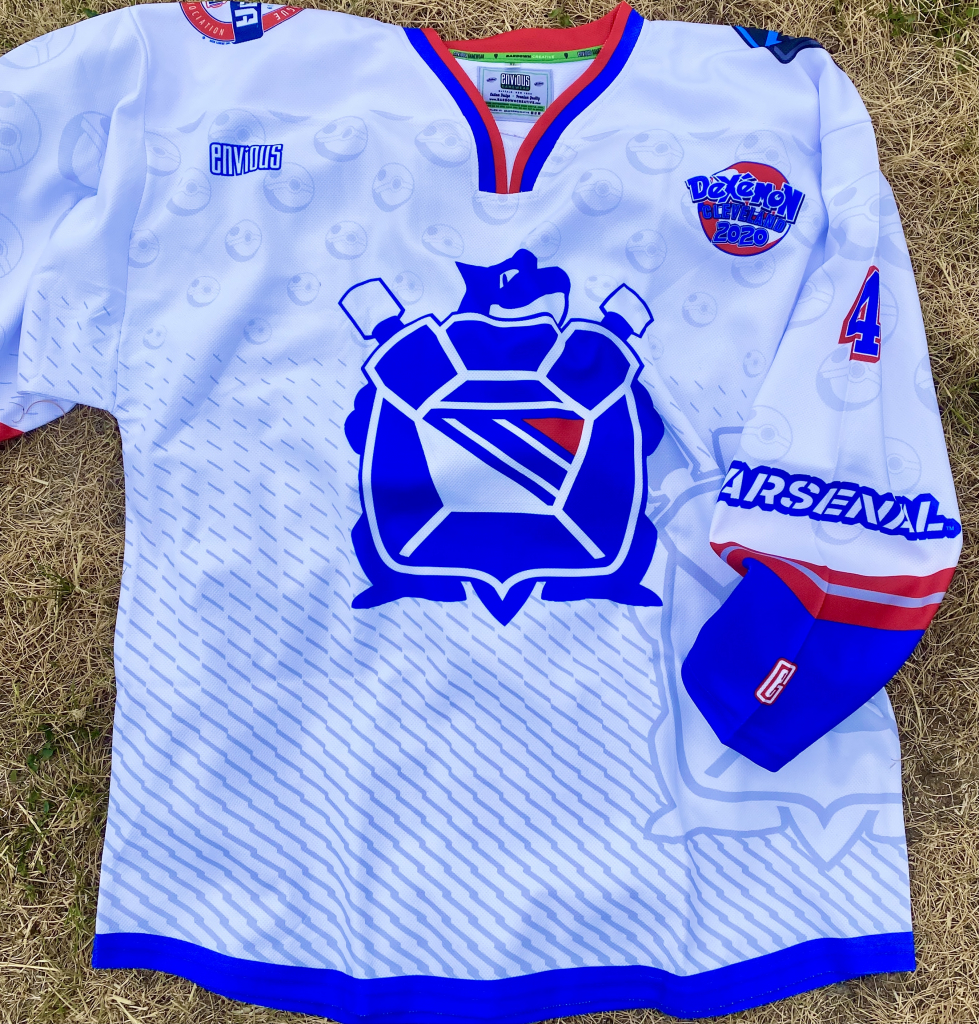 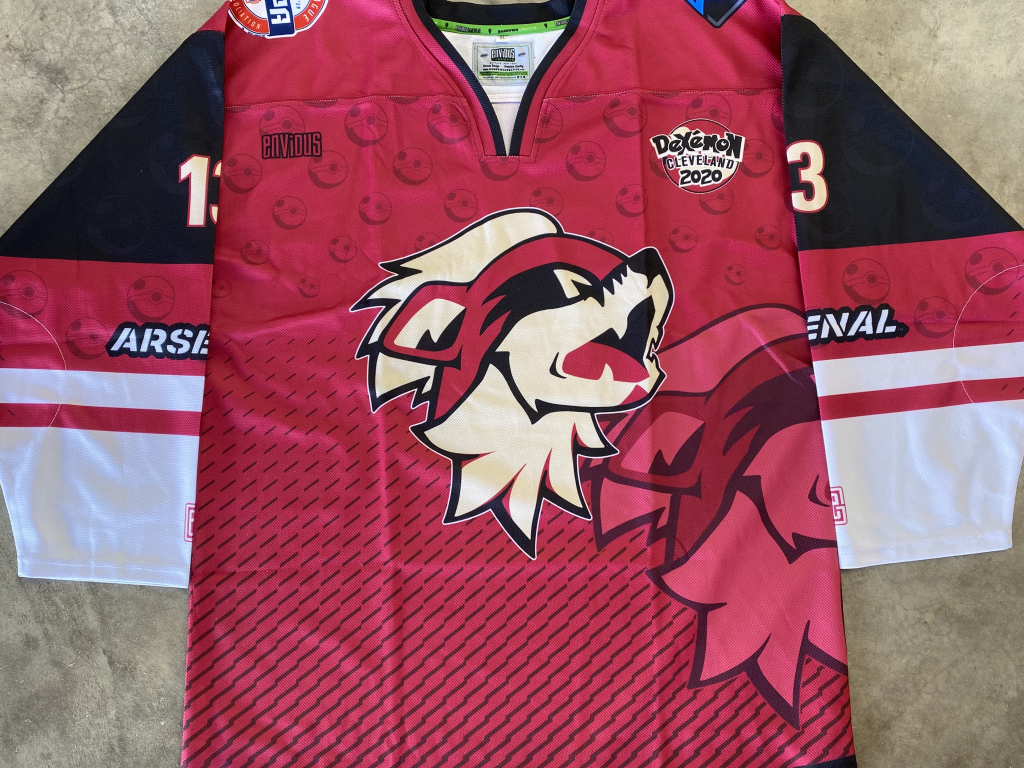 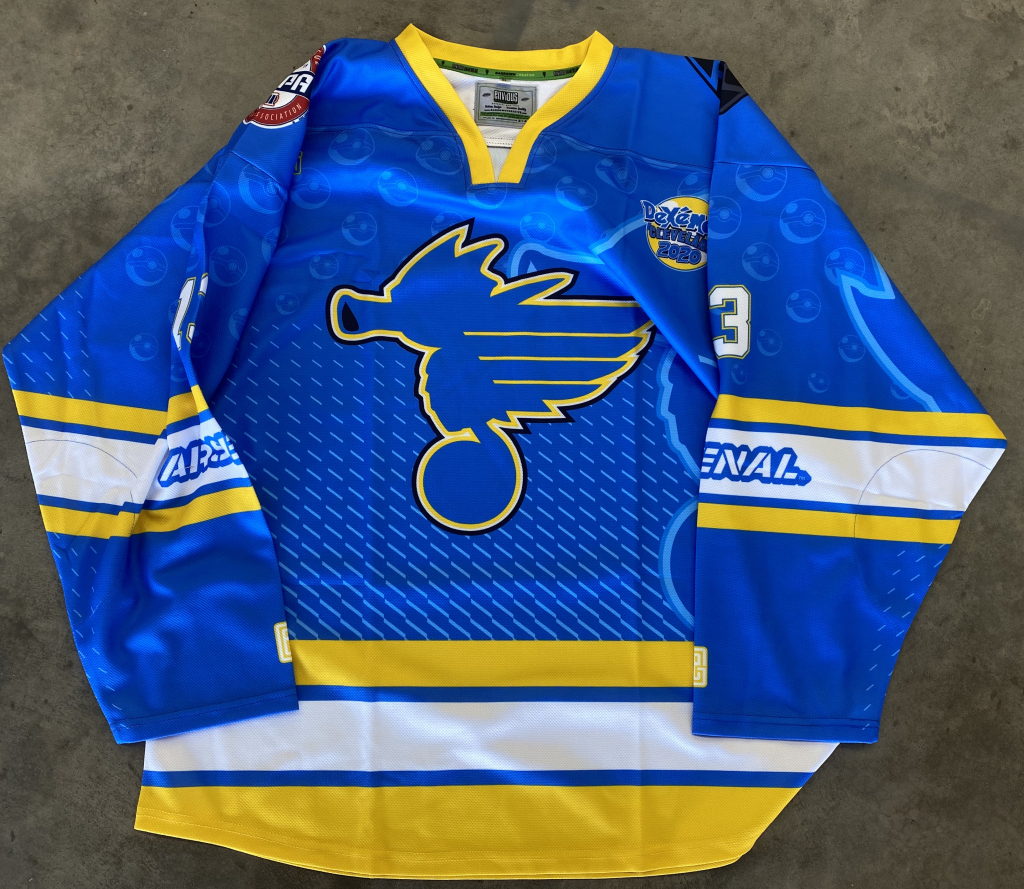 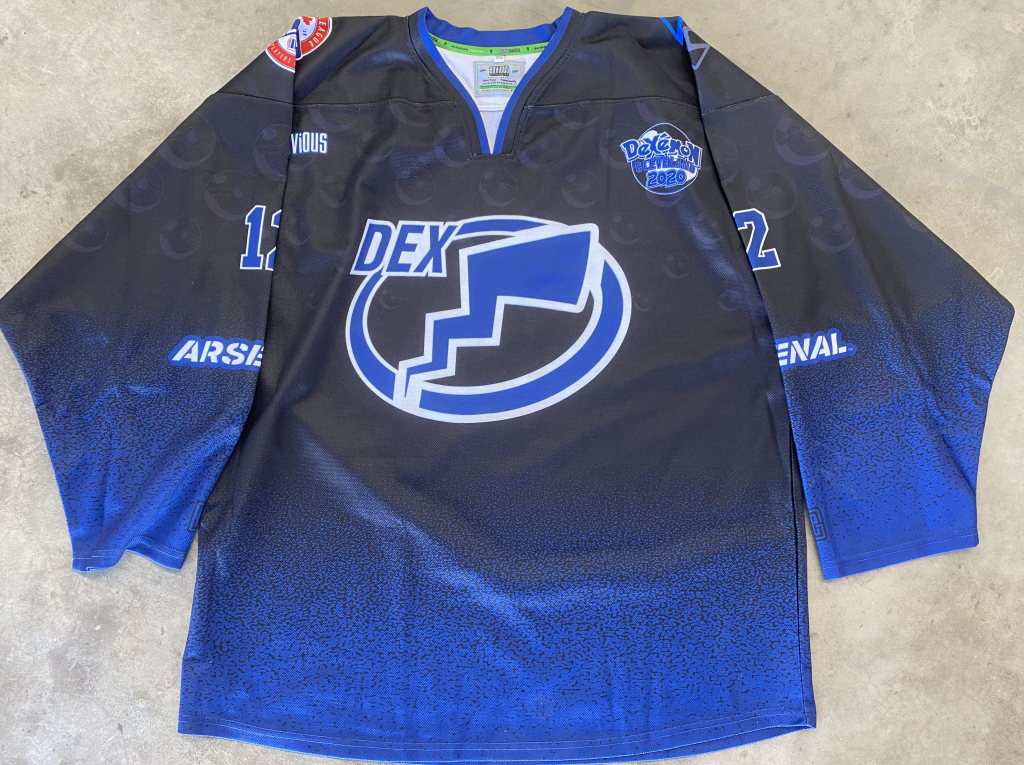 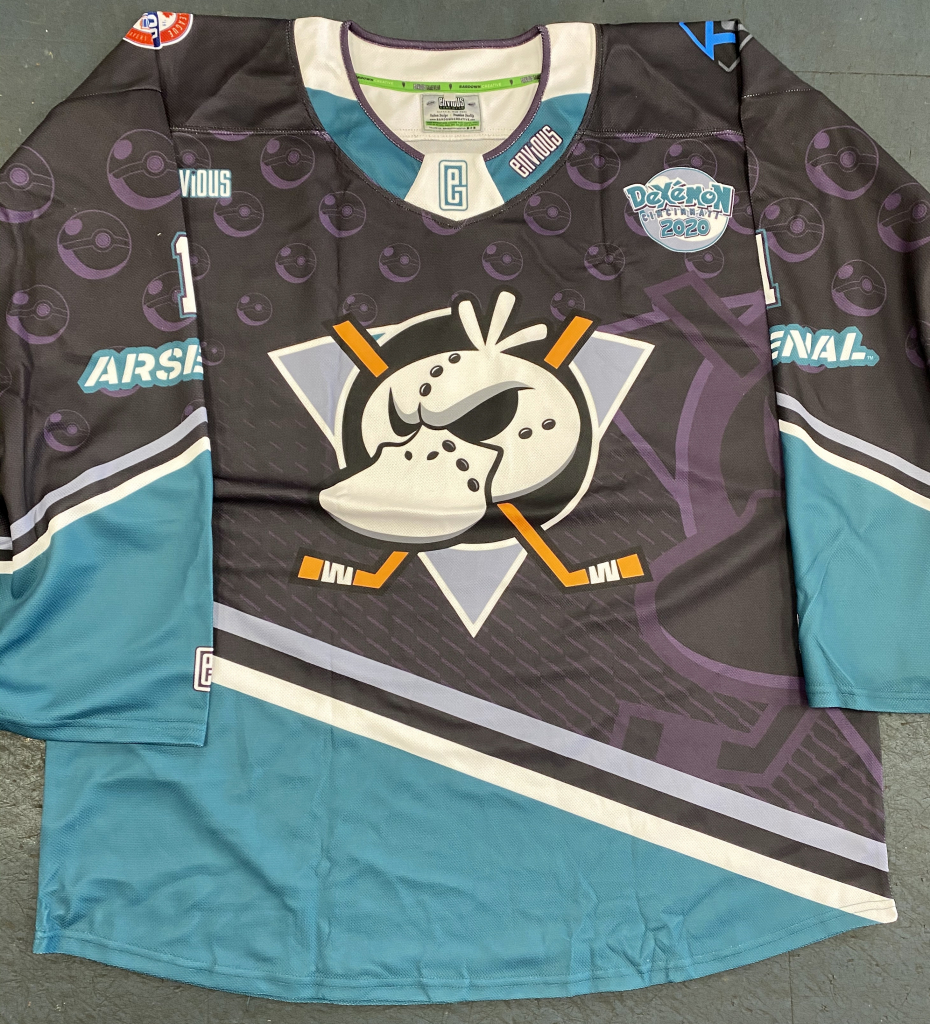 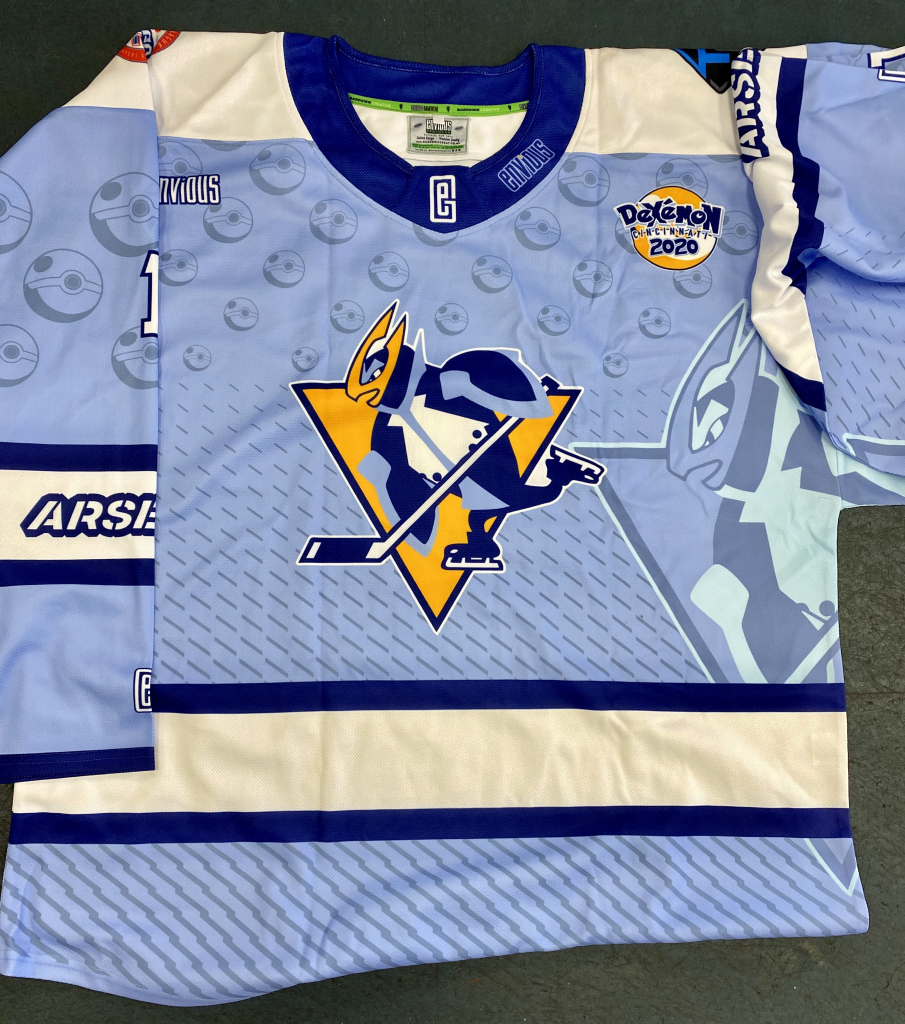