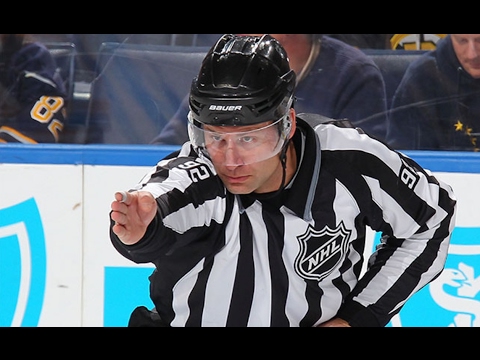 The worst call in the history of hockey didn’t happen in the Stanley Cup Playoffs. It did not involve a legend’s foot in the crease in overtime of a Cup clinching game. It did not involve a goal not reviewed in Game Six. It wasn’t a high stick on a marginal great player by the greatest player to ever live in a Game Seven of a semi-final game.

Before we get to the worst call, LET ME GO ON RECORD AND SAY THE 2ND WORST CALL IN THE HISTORY OF HOCKEY WAS GAME 6 OF 2004 STANLEY CUP FINALS! THAT PUCK WAS IN. THE CALGARY FLAMES & JAROME IGINLA SHOULD HAVE WON THE CUP. YOU WILL NEVER CHANGE MY MIND ON THIS. (yes it needed to be in caps)

The worst call in hockey history happened in the Junior Goodwill Games. The Junior Goodwill Games apparently hosts a prestigious hockey tournament where Trinidad and Tobago iced a competitive team, and where the United States versus Iceland became legendary rivals on the levels of Canada/Russia, Calgary/Edmonton, or Brodeur/Avery.

Mighty Ducks 2 was a hot pile of entertaining garbage, where suspension of logic is required. A street hockey wiz-kid from the projects, with a magical slap shot, makes a national ice hockey team, while a cowboy breaks out a lasso to hog tie a fellow competitor mid game. Nothing was done to counter act said situations, so we’re OK with them.

But one on-ice call to this day still blows my mind, and I can’t shake it.

In the first game against Iceland, GOLD-BERG!!! Lays an absolute egg and is pulled by Coach Bombay. Julie “The Cat” Gaffney comes into the game. Two players from Team Iceland come up to chirp her, and she just pushes them over as if she was the big bad wolf, and they were a house made of straw. 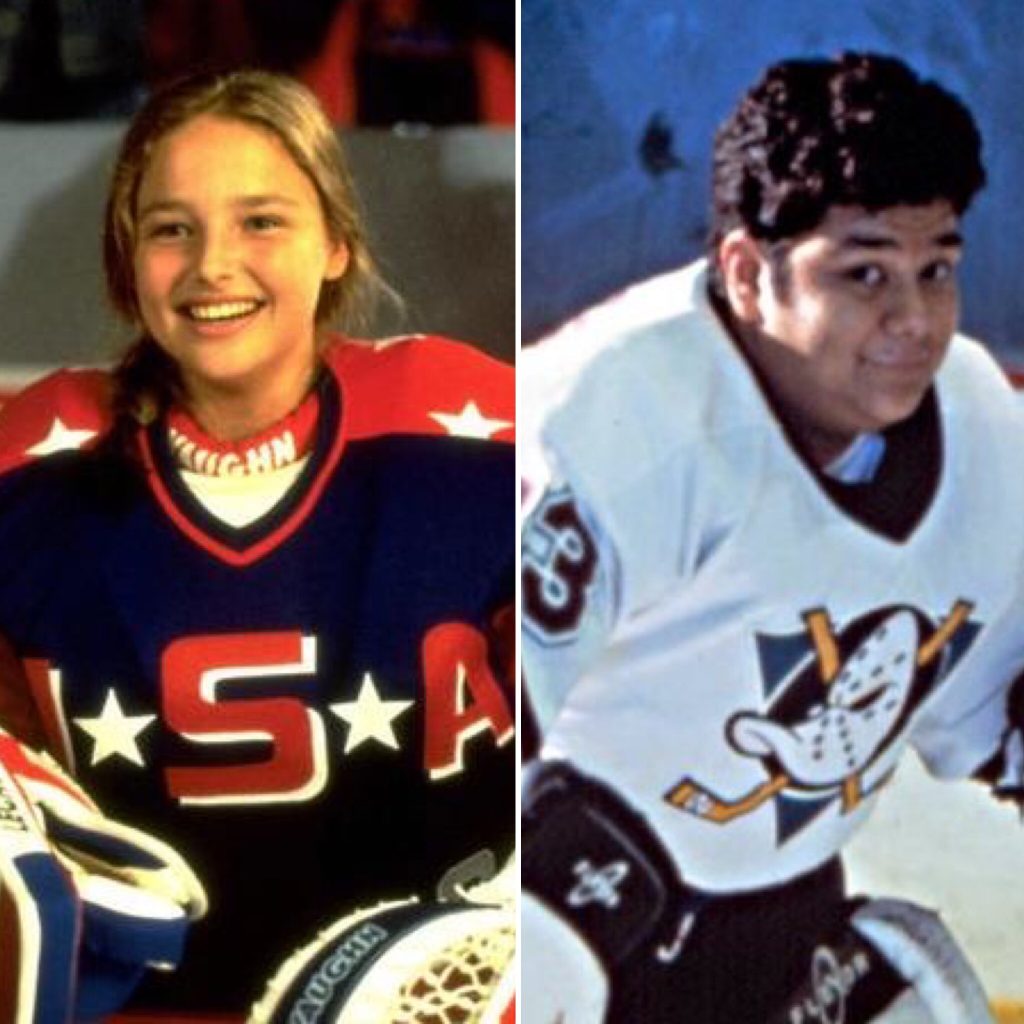 She lands herself an “Intent to Injure” penalty. You’d think it would be an unsportsmanlike conduct, 2 minutes, right? Nope. Full on Jamie MacLennan Game Misconduct. Kicked out of the game, and Mighty Ducks Starter/Not a Starter Anymore GOLD-BERG!!! has to come back into the game. Dealing with the roller coaster of playing net for Gordon Bombay probably explains a lot about his his recent struggles… but that’s not for me to blog about. Well maybe it is but at a later date.

There is no video evidence of this on YouTube, because someone had to have been embarrassed with the call and wants to erase it from the history books… but it happened, about half an hour into the movie.

And then this happens.

The Ducks needed a spark and who else is gonna give it to them other than all-star Adam Banks. Banksy knows his team needs him so he puts the boys on his back and decides to make things happen. Banks gets the pucks and just starts to wheel. Speed, Spin-o-ramas and dipsy-doodles . Moves so elusive he even caused a couple of these Iceland benders to legit run into themselves. 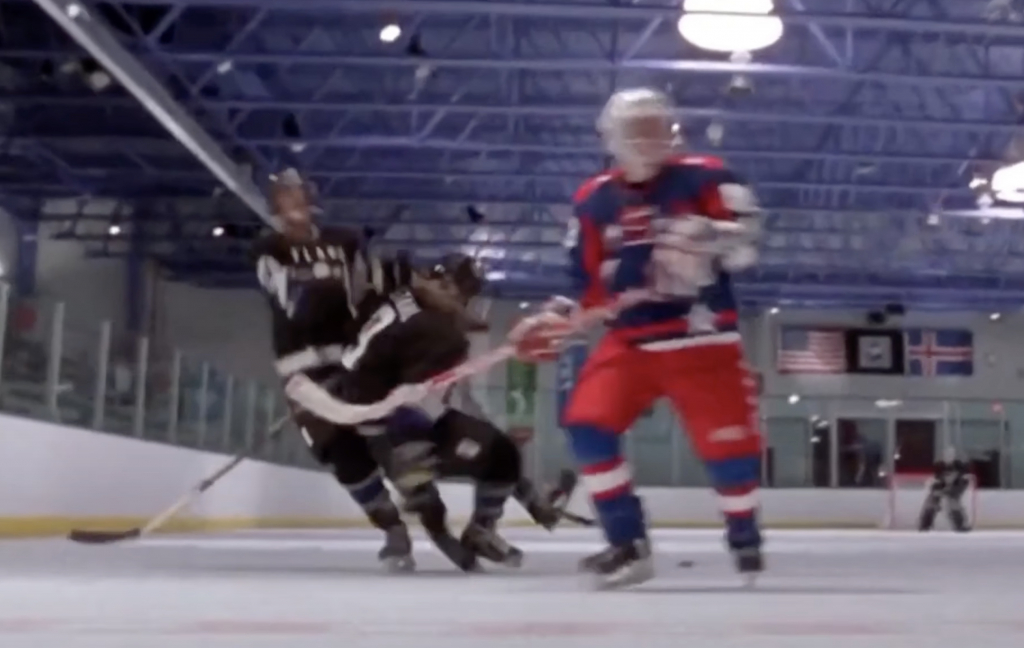 Then after going coast to coast he has to butter the toast. He completely undresses the goalie. (Ok it was a stand up goalie that barely moved so it was pretty easy to score on them. How do you think Gretzky put up all those goals?)

Then it happens. As Banks kindly lets his team know where he put that puck, a psychopathic axe wielding maniac ruthlessly tries to chop off his silky hands.

And what happened to his psycho? Did the refs boot him like they did Julie the cat?  No they didn’t. A game misconduct or a gross misconduct would have been appropriate here. At the very least you’d think a 5 minute major here right? But these trash-ass refs (I mean no offense to refs. 99% of refs are great but as I’ve gotten older I realize these refs likely had some money riding on this Junior Goodwill Games matchup) it was a slash, and was assessed as minor penalty. 2 minutes. That’s it. 2 God damned minutes for trying to amputate the arm of what would have been the next Wayne Gretzky (had he not suffered this wrist injury). 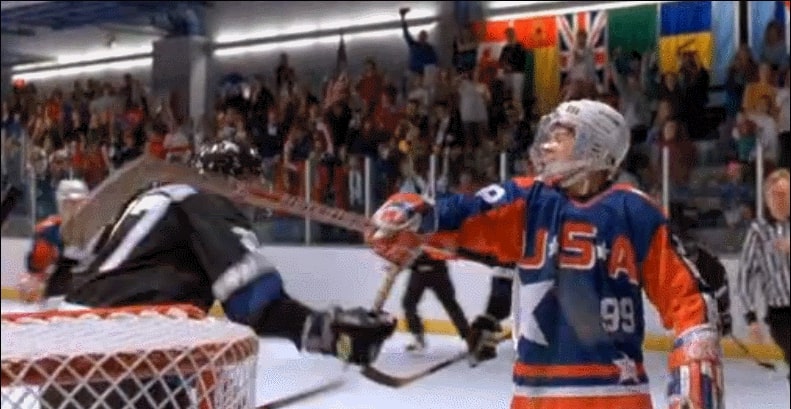 So you can swing a sword with two hands, and get two minutes for destroying a player’s wrist. But if you were defending yourself from two Icelandic giants, you’ve shown intent to injure someone, and fail… HIT THE SHOWERS!

Where is the justice? Why is there no protest? What about the outrage that they gave a female a game misconduct and the male a 2 minute penalty. Its mind bottling (heh). Where were these refs trained, Trinidad and Tobago?

Was letting this call slide a bigger mistake than drinking and driving by Coach Bombay?

We  certainly believe so. This is the worst call made in hockey history, on the same level as trying to convince yourself NHL hockey is working in Phoenix.

Enjoyed this article? Check out our podcast. If you want to help us right this wrong done to the Mighty Ducks and Adam Banks  you can come with us to Iceland.